Will Vermont open the first casino? 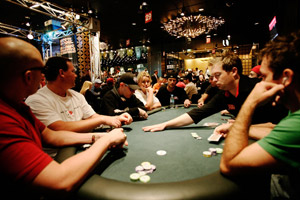 A representative of the Republican Party has tried to place a law allowing a casino in Vermont State, but this time this promises benefit to the revenue of the state.

The representative from Milton Ronald Hubert has already attempted to introduce such a bill, but with minor dissimilarities, for six years. The state budget will face significant difficulties in 2016, and new voluntary taxes will be a good chance to fill up the budget of the state with additional $8 -18 million annually.

17 members of the Republicans support the bill and propose the Vermont Lottery Commission to grant a license to one casino in the state for the period of 6 years with the fee of $6 million paid at once or during the years of operating.

The commission will get the right to develop the rules for the casino, to choose the applicants and control the casino. $100,000 will be a nonrefundable payment for the bill.

The bill also includes 10% tax on gross income that will be added to the general money.

“The fact that from 75 to 100 bus trips are made annually to the neighbor states’ casino proves that Vermont people are interested in gambling,” Ronald Hubert proves.

He also pointed that the income can be increased by the taxes on sales, rooms, alcohol and food.

The 10% tax will also help the senior citizens of Vermont who are 65 and older and have an income-break on their property taxes.

Hubert explains that the received money could also be used to replenish the state’s program of Medicaid that is drawn down with $110 million tax.

But forget about playing dice in Vermont State in the nearest future.

There are two strong opponents of the idea to please Vermont citizens with the possibility to gamble within the state. Governor Peter Shumlin and House Speaker Shap Smithare are heartily opposed to this intention.