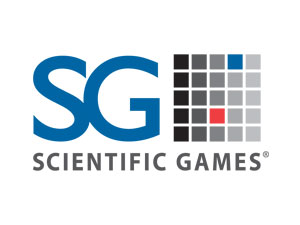 Scientific Games Corporation, equipment provider and New York based lottery, got a solid final regulatory commendation on Thursday from the Gaming Commission in Nevada as to the absorption with Bally Technologies, Inc.

As it was reported by the company, the deal with the Bally Technologies merger was planned to be completed the next day (November, 21).

Bally Technologies, situated in Las Vegas, is one of the greatest gaming equipment providers at the gambling market and now it will become a subsidiary of Scientific Games, which is also the largest lottery system and equipment supplier. 2013 was a successful year for Scientific Games as they purchased WMS Industries for $1.5 billion. Bally Technologies also succeeded with a good buying as they bought table gaming provider SHFL entertainment for $1.3 billion. Now these four gaming operators are under the patronage of Scientific Games Corp.

Scientific Games Corp is going to spend $83.30 per share to purchase all the famous shares of Bally that are worth $3.3 billion. The company is undertaking $1.8 billion in debt.

Gavin Isaacs, Scientific Games CEO, told in his comments that the merger with the Bally opened the hugest opportunities for the two prominent companies that have much in common. He admitted that he was looking forward the chances to see what results the cooperation of these two outstanding gaming providing organizations would bring.

The deal is going to bring $235 million savings. Mr. Isaacs expected to save the greatest part in the first year of the transaction. The two companies are going to make $3 billion in annual income.

A completely new executive system of company management was made known to the public by Isaacs. He pointed on all the sides of gambling: table games, slots, lotteries casino and lottery systems, interactive gaming.

Isaacs summed up, “The new team of leading executives includes the best representatives of the lottery, interactive gaming and gambling from the four companies- WMS, Bally, SHFL entertainment and Scientific Games Corp. And this cooperation guarantees success to our company.”