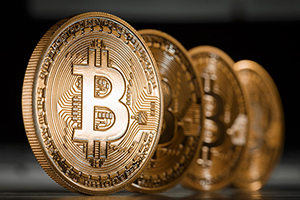 Internet gambling is now among the most profitable enterprises. Therefore, the online gambling operators understand the necessity to introduce digital currency for online operations. However, the idea of virtual currency has also attracted numerous administrations in a variety of jurisdictions.

The Isle of Man, which is also known as Mann, is a good example of this. Although this is the British dependency situated between Ireland and Great Britain in the Irish Sea, it is a self-ruling territory where the authorities are responsible for all domestic matters. British Crown only represents it in different international forums. It is called an ideal haven for the iGaming industry. The annual income of the online gambling industry has increased to $20bn since 2001. It provided 8 percent of the territory’s revenue in 2010 and offered 700 vacancies to its citizens, as the Ernst &Young informed. At the moment, the authorities are looking for the possibility to guarantee a protected haven to digital money and all the businesses connected with it.

The Isle hopes to reach the economic upsurge, which they have already seen with the appearance of iGaming. A great number of other Tax-haven jurisdictions are supposed to follow Mann!

As the Isle of Man’s head of operations for digital development Brian Donegan told, the Isle’s government will make all the efforts to help the digital money industry to flourish, as they consider this a great chance. The UK and Belgium’s attitude to virtual currency is rather encouraging. However, there are countries like Estonia and Poland, which put the Value Added Tax on all digital money activities in the amount of 20% and 23% respectively. Spain is also waiting for the VAT exemption, as the EU has not decided yet. If this is done, Spain will become one more secure haven for bitcoin trade activities.

As 777slotsroom.com reported earlier on it’s news’ feed: NBA clubs want to legalize sports betting in the US