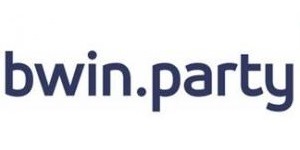 The company Bwin. Party is losing money on social gaming, so it is discussing the possibilities to sell the business. As Bloomberg reported, Bwin. Party Digital Entertainment, one of the European leaders in providing online gambling entertainments, is close to selling the money-losing gaming business.

This fact reveals the cyclical nature of social-casino gambling boom. 2011 was the witness of the rise in social gambling as more than 100 institutions appeared at that time. The gambling operators treated this as a means to attract people to more profitable igaming websites or even casinos.

Social games industry is controlled by several gambling operators, and Bwin. Party is not among the leaders in the market share based on data from analyst firm Eilers Research. The organization announced that it would lose about $8.5 m on social gaming in 2014.

Everyone is waiting for the shakeout.

In a speech to Bloomberg, the company licensed in Gibraltar said, “We are negotiating the chance to sell Win, the social gaming business and are hoping to inform the public about this soon. We are discussing the possible business combinations to add extra value to Bwin. Party.”

According to the US gambling legislature, igaming is illegal in the majority of states. And in those states where it is legal, it brings a rather low income. There are no evidences that other states will legalize igaming soon. This prevents the intentions to bring together physical locations, igaming and social-casino games into a single industry.

Sports betting and online payment services are the specification of Bwin. Party. In May 2012 it turns its attention to social gaming investing $50 million in it. Bwin. Party loses money in New Jersey on its igaming too.