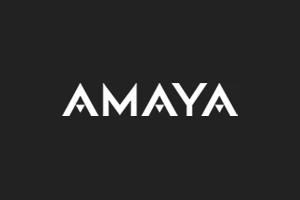 Despite one small crash at the end of 2014, this year is considered to be a very successful for Amaya Inc.

The successful story began in February with the purchase of Diamond Game Enterprises, a private company specializing in manufacturing slot machines’ software. The price of the deal was $25 million, and it was going to give $3.9 million to Amya’s revenues heretofore taxes, depreciations, interest and amortization (EBITDA) during the year.

But summer was even more successful for Amaya Inc., as in June it bought PokerStars and Full Tilt Poker trademarks from the company Rational Group for $4.9 billion. The income of two brands in 2013 was $1.3 billion and an EBITDA was $475 million. With about 10xEBITDA, this seems to be a very successful purchase.

Before the agreement was made known to the public, the share of Amaya Inc. lifted, which made the Toronto Stock Exchange stop selling them for a day. This thing became of a great interest to Quebec’s security regulator, who undertook an inquiry. Although no one was accused for some cheatings, the investors were unnerved, which led to the fall of the stocks by 20%. But soon the company coped with the situation and the share began lifting again.

What makes Amaya so successful?

The deal with Rational Group and purchasing of Full Tilt Poker and PokerStars, put Amaya Inc. on the first place among the companies providing gambling services.

Everyone knows PokerStars and will agree that it is the leader of the industry. Full Tilt Poker occupies the forth rank in the list due to some small hiccup in 2011 with US poker players.

To be the owner of such famous trademarks, what is more beneficial?

If gambling becomes legal throughout the country and not only in New Jersey, Nevada, Delaware and California soon, it can bring more than $2 billion profit a year. The future expansion plans also include the development of other casino games, board games and sports bets.

As a result of these plans, Amaya Inc. intends to enlarge its earnings to $1.86 for a share and take the leading position in the gambling market.