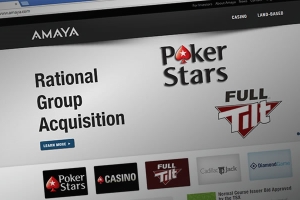 2014 was marked with one of the most significant purchases in the world of gambling: Amaya bought the Rational Group, which is the parent company of PokerStars and Full Tilt, for $4.9 billion. But in December it became known that this deal attracted the attention of Quebec’s financial regulators Autorité des Marches Financiers (AMF). Amaya didn’t show any signs of anxiety, telling that they expected such a development of the events after their run up the stock.

The CEO of Amaya David Baazov told, “We supposed that there would be an investigation after our great run up the stock. I think that AMF is just doing their job. We are sure that no wrongdoings will be found and we are ready to cooperate with AMF.”

It has also become known that Amaya is being searched into by the US Financial Industry Regulatory Authority (FINRA) connected with their stock inflation. FINRA, which is a non-profit institution, tries to protect the US investors by examining the securities industry, and it has reported it is studying the activity of Amaya’s 300 stock investors, who could make good profits by purchasing stock before the Rational Group was bought.

According to the information of Canada’s Globe and Mail newspaper, AMF investigates the activity of “many prominent Canadian brokers, money managers, hedge funds and business executives”. And this influences the attempts of Amaya to enter the US online gambling industry. AMF didn’t find any proofs that there were some crimes committed during the deal, the only fact that stimulates them to continue is the price of Amaya’s stocks that doubled regardless the gossips appeared in the mass media.

The investigation is wide and thorough and may be just a tempest in a tea pot or could become a real disaster.