Amaya-Caesars partnership in legalization online gambling in the US 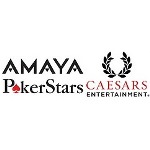 Caesars Entertainments and Amaya Gaming, the two leaders of online gambling in North America, are working together to support legislative initiative in the US. Both sides confirmed this cooperation on Monday.

In confirmation of their cooperation Jan Jones-Blackhurst told that Amaya Gaming is one of the strongest partners to combat opposition together.

The representatives of Amaya Gaming have also born out the collaboration between the two giants in a weekend editorial at FlushDraw. The cooperation between Amaya Gaming and Caesars Entertainments New Jersey is a long story, although there were some difficulties between Caesars and PokerStars which Amaya bought last summer.

However, the conflict has been paling after PokerStars became the company owned by Amaya. The Director of Communication in PokerStars Eric Hollreiser explained, “The cooperation between Amaya Gaming and Caesars Entertainments has a long history. The purchase of PokerStars can’t change the situation. We are going to continue working together in the direction of promoting US online gambling at federal and state levels.”

So the two giants are really going to object the attempt to stop legalization of online gambling by Sheldon Adelson, CEO from Las Vegas Sands Corp.

Las Vegas Sun makes aware of the danger that the Congress can support Sheldon Adelson, lest two leaders in the sphere of online gambling Caesars and Amaya together with the whole industry invent some cunning hook to stop him.

Caesars Entertainments and Amaya Gaming proceeding working on the state level too, and this is noticeable on the relationship with Rincon tribe of southern California.

The new step in the developing of discussions at federal and state levels will happen when the proposed bills appear on the Congress hearings.