2015 gives new hopes in liberalization of US gambling industry 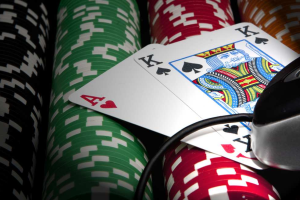 Pro igaming operators hope to change the situation after legalization of US online gambling in 2015.

The intentions to liberalize American gambling market dampened in 2014 as other states didn’t join Delaware, New Jersey and Nevada in the attempts to introduce igaming services and regulatory basis. International online gambling campaigners wishing to enter the industry were underwhelmed.

The low income of the three states with online gambling also worsened the situation as this proved the difficulties of working under the strict US legislature.

Land-based casinos and leisure providers are strongly opposed at the Federal level to applying wide state igaming services and policies.

In spite of this, online gambling operators hope that 2015 will bring changes in the situation, as they have offered more realistic market expectations to the Senate according to the severe US gambling laws.

The report “US iGaming Outlook for 2015 and Beyond” published in December by financial data analyst Eilers Research revealed that New Jersey Governor Chris Christie’s team supposed to make $180,000,000 in tax for one year of servicing, but in reality this appeared to be only a tenth of the money.

US sporting bodies supported the necessary gambling adjustments. Adam Silver, NBA Chief Commissioner admitted in late 2014 the necessity to control sports betting federally to protect the clients, as around $400 billion are spent on illegal betting. The American Gaming Association (AGA) agreed with Silver.

The supporters of online gaming are sure that the situation will change if online gambling become legalized in California where the population is 38m people.

Another hope for a change in 2015 gives PokerStars, the worldwide leader of the online poker owned by Amaya Gaming in Montreal. The famous online poker provider is going to enter online gaming market of New Jersey in collaboration with Atlantic City Resorts Casino in 2015.